I was never a big fan or potatoes growing up. I always felt like they dried out my mouth and really didn't add much to a dish. But then I discovered the ricer in culinary school. Although it's a staple in many American households, I had never seen or used one growing up in a Japanese kitchen. So when I realized how fluffy potatoes could be with the power of a ricer, I thought I would upgrade my mom's potato salad. I used a hybrid between a masher and a ricer but it turned out just as fluffy.

You could change up the recipe with your own ingredients like carrots and corn, but my mom's version always had salted cucumbers, onions, ham, and egg. The seasoning is super simple if you have kewpie mayonnaise on hand but if you only have Hellman or Kraft (or even from scratch), the only thing required to kewpie it up is some rice vinegar. The tang from the vinegar and the creaminess from the mayo dress up the riced potatoes perfectly.

So here are some tips to ensure success:
1) Cut your potatoes in a uniform size to ensure even cooking

2) Start with salted cold water when boiling potatoes, it is your only chance to really add flavor (salt water should taste like the sea, just not the dead sea)
3) Pre-salt the cucumbers generously and squeeze out the excess water after 10-15 minutes

4) Use a vidalia or red onion for sweetness and slice the onion paper thin by knife or mandoline; if the onion is too spicy, soak in water for 15 minute and drain well
5) Season the potatoes with the rice vinegar immediately after draining and the potatoes are still steaming
6) Use a ricer to mash the potatoes 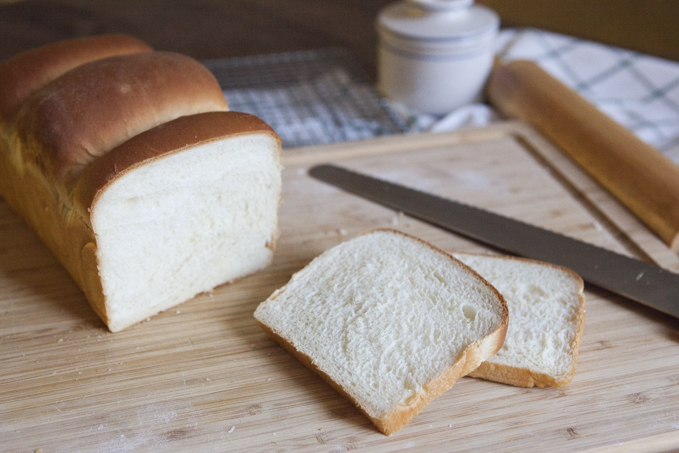 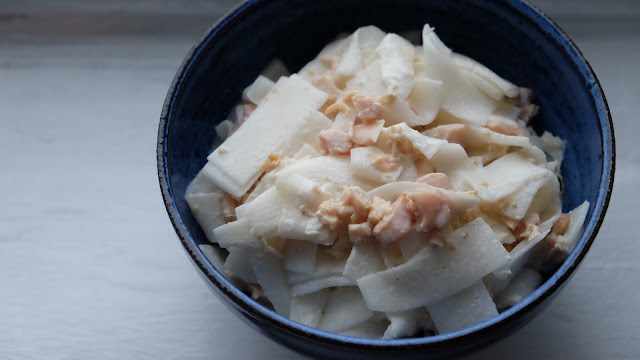